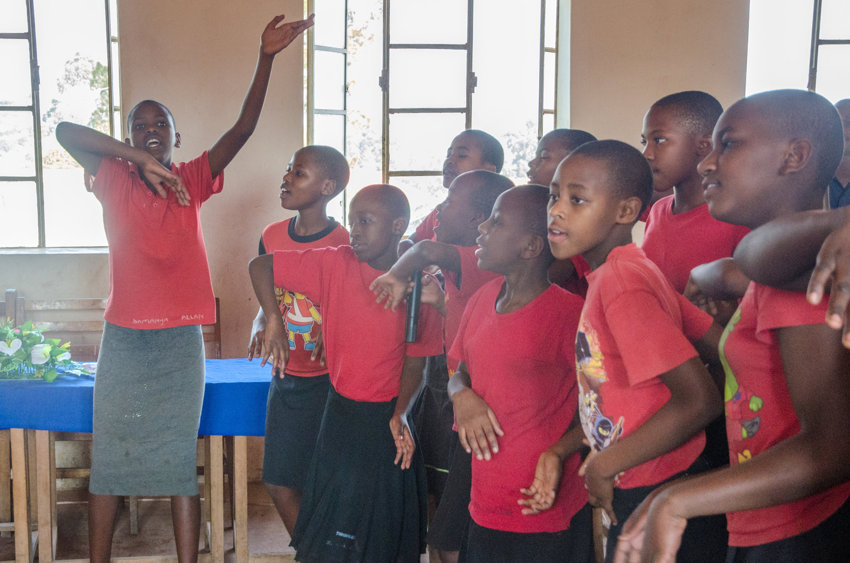 Maybe you want to be a medic or scientist. Maybe a teacher or archaeologist. Maybe work in fashion or with animals. Maybe you don’t know. Maybe your passion is to not work outside the home so you can focus on raising and nurturing your children without external demands.

According to a survey reported by the Telegraph in 2016 of British children aged 5-10, the top response for what they want to be was, they “just want to be rich”.

This followed with “being famous”... hand me the mic Simon, X Factor here we come! Next was being a “Police Officer” followed by “Zoo Keeper” amongst other careers and some even said “not working at all”.

This may change once you are High School age and beyond. It does give us a good idea though of what we in Britain attain for and think will make us happy. How fortunate are we to have the opportunity of good education to help make our dreams come true?

In Rukungiri Uganda this is far from many children’s reality. This is especially true for the girls.

Their dreams are founded on working themselves and their families out of poverty. In Rukungiri their responsibility isn’t only for themselves but their family and community also. They may dream big of becoming a doctor or teacher in the city or abroad. This way they can send money home.

Most though just want an education to get a good enough job to put food in their stomachs, access to safe clean water, clothes on their backs and shelter over their heads.

Girls have the opportunity locally to become hairdressers, seamstress, a cook, teacher, midwife, Occupational Therapist amongst others. For teenage girls completing their secondary education means they can look after themselves independently without the need of rushing into marriage. They can understand their own finances. They understand how to have and the means to maintain a healthy lifestyle. They are in a better position to access clean water and medical support. They marry later and therefore have children later. Their pregnancies and children are healthier. They are less likely to be vulnerable to physical and sexual domestic abuse. Which in Uganda, due to lack of education is a big problem. They are more likely to own possession of their own land for agricultural farming and owning their own home.

Such amazing outcomes and dreams fulfilled in taking control and lifting themselves and their families out of poverty. The brilliant bonus is that they can offer the next generation in their families the same or even better life and opportunities. Wow!

Real attainable dreams coming true! At least they can with our help.

Without our help so many girls in Rukungiri are missing 25% of their secondary education due to not being able to be in school during their periods. This has a huge impact. Lack of means stops them attending as many girls give up and drop out altogether. Some finish their education but with very low grades. Leaving them with not much hope for anything other than to maybe marry so they can be looked after.

You and I, together can give them the best chance to overcome this seemingly hopeless situation. Let’s make their dreams come true and change their future and the future of all girls and in woman in Rukungiri.

Ready to get involved and change some lives forever? Get in touch today.